Behind The Scenes: Meet the Five Group Interns

Behind The Scenes: Meet the Five Group Interns

They had what it took to make the cut! Meet the Five Group interns of Summer 2016. They hail from UCSD and have been learning the in’s and out’s of San Diego Nightlife with our teams. Get to know them a little better, as we asked them three questions about some of their favorite things in life. 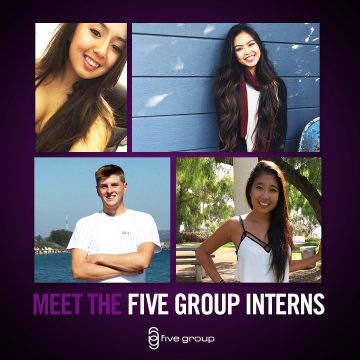