André Allen Anjos, more commonly known as RAC, (Remix Artist Collective), is a DJ and record producer from Portugal. Since the inception of RAC in 2007, André has created and released over 200+ remixes in the electronica, dance, and rock genre for various musical artists – and will be headlining Horizon Beer Festival at San Diego’s Embarcadero Marina Park North on Saturday, July 14th! Learn more about this incredible artist and catch him live at San Diego’s premier food, music, & beer festival! Come for the views, vibes, and food, stay for the music all day long featuring none other than RAC.

RAC’s first released remix was “Sleeping Lessons” for The Shins. This remix, among the several other remixes he created, sparked attention with bands like Tokyo Police Club, Bloc Party, and Ra Ra Riot. The spark of interest has allowed RAC to create amazing remixes not only with these bands – but with many other notable musicians. 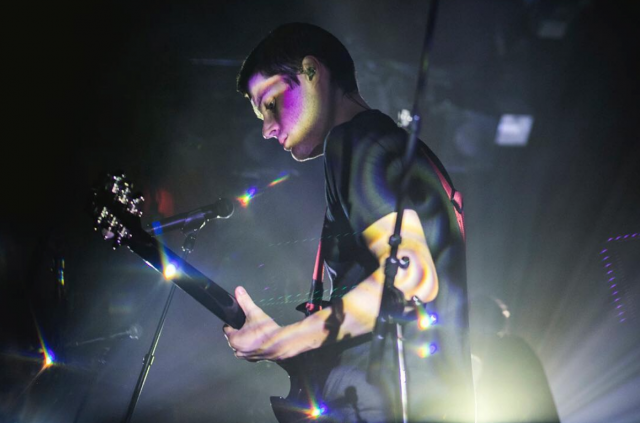 Anjos has created such a name for RAC that he has performed at music festivals including Ultra Music Festival, Lollapalooza, Firefly Music Festival, and the Coachella Valley Music Festival. In 2016, Anjos’ remix of Bob Moses’s “Tearing Me Down”, won RAC a Grammy for the Best Remixed Recording. In 2017, Anjos released RAC’s second album “EGO”.

Anjos saw a need for something different in the music industry and wanted “change the way music was being remixed”. He did, and has been able to, accomplish this by setting focus on more interesting and different arrangements. The vision of Anjos and RAC is to create a new song that comes from the original and still expand on their musical arrangement and genre. Thanks to this vision, Anjos and RAC have had such wide success.

Join us at the Embarcadero Marina Park North, Saturday July 14th as RAC takes the stage and performs live at Horizon Beer Fest. To see to Horizon Beer Fest with RAC, Click Here! Use promo code HORIZONBEERFEST for 10% off your ticket purchase!